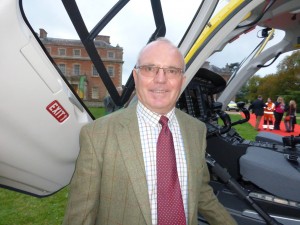 The brand new shiny helicopter for Wiltshire Air Ambulance was delivered yesterday. It is bigger and better than the old one and the medical equipment on board is state of the art. From 31st December, it will be operational based in the hanger adjacent to the Wiltshire Police HQ in Devizes.

This charity does magnificent work saving lives every day. On average, the helicopter has been called out 420 times in a year. So far in 2014, they have been called out 464 times. Many people owe their lives to being successfully rescued, treated and whisked off to the nearest most appropriate major hospital. 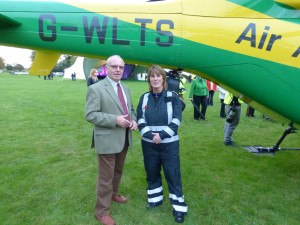 Captain Nicky is coming to Wiltshire  to pilot the new  helicopter.  She has been working with Essex Air Ambulance and she is a veteran of 17 years on RAF combat helicopters and RAF Sea King (Search and Rescue) helicopters.
Best wishes to all who will fly safely in G-WLTS !

Wiltshire Air Ambulance is my chosen charity and I work for them as a volunteer speaker and cheque collector. I hope I never have to get a ride in the ‘copter but it is very reassuring to know it is available 19 out of 24 hours, 365 days of the year.